Home / Getting Around / Towns

The picturesque island of Santorini is probably known for its picturesque village of Oia, its caldera and its matchless beaches. But Santorini is much more than this. Boasting a strong history, a long wine tradition and an interesting geology, it is home to several villages, all as interesting and distinct as the next. Here are the towns and villages you should visit when in Santorini, Greece. 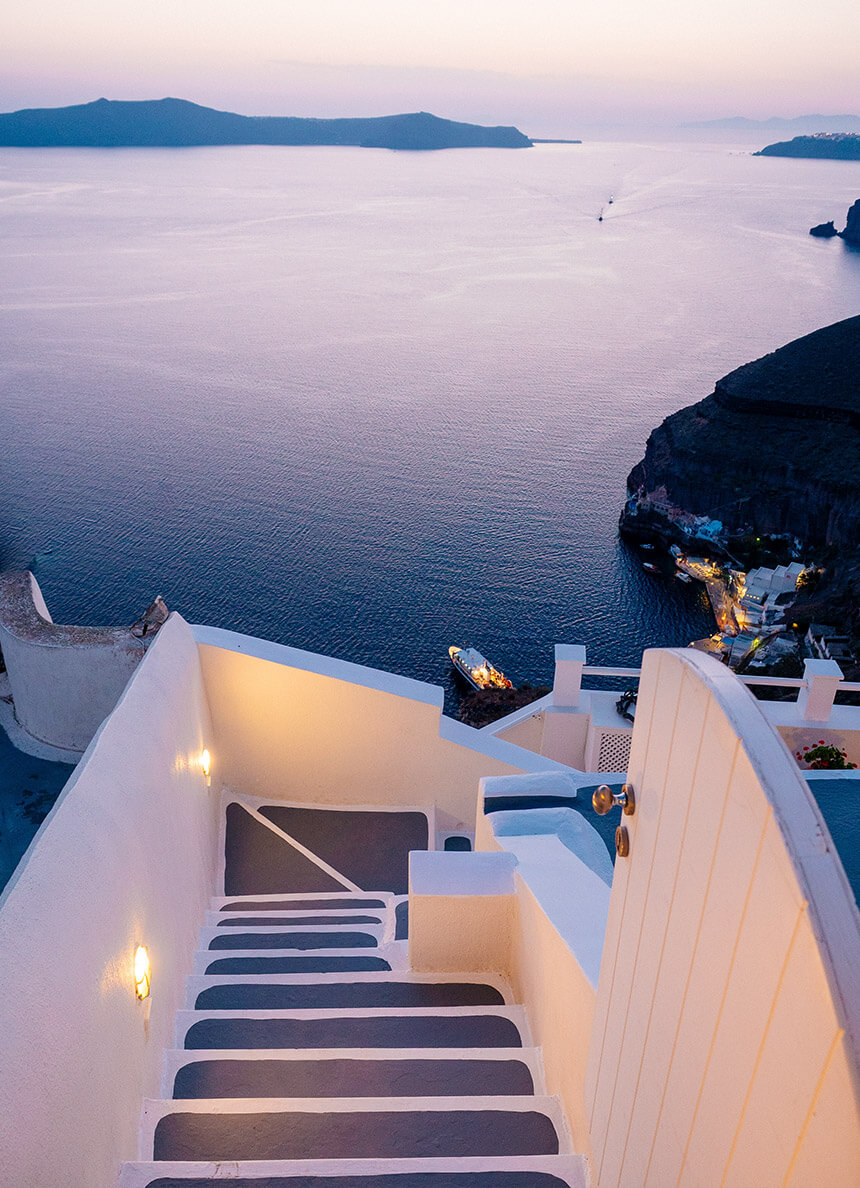 Oia
Oia, the most photographed village in Santorini, hardly needs an introduction. Located on the northern point of the island, it is known for its magical sunsets and the village includes traditional cave houses, as well as captain houses, hotels, restaurants, cafes and boutiques. A part of Oia that few people take the time to see, however, is Ammoudi, the village’s port, 200 stairs below. It has a few fish restaurants and cafes and it is the perfect spot for cliff diving.

Imerovigli
Located on the caldera, a couple of kilometres from the island’s capital, Fira, Imerovigli is a picturesque little village that offers splendid views over the caldera and the sea. Boasting hotels, cafes and restaurants, as well as charming churches overlooking the sea, Imerovigli is home to the Skaros, an impressive rock where ruins of a medieval castle now stand. A cheaper alternative than Oia, Imerovigli is definitely a must-see, especially if you want to chase the sunset without the crowds.

Fira
The cultural and economic centre of the island, Fira is the capital of Santorini. Located opposite of the volcano, right on the caldera, Fira is home to several restaurants, bars, cafes and hotels and is the leading destination for nightlife on the island. Fira also has its own port, called Ormos, reachable via a cable car or via a mule path by foot or on a mule’s back. This charming port is home to several restaurants and cafes and it is the main departure point for visiting the volcano and Thirassia.

Pyrgos
Located at the highest point of Santorini, Pyrgos, the former capital of the island, allows for spectacular views of the island. Consisting of traditional houses built around the Venetian castle, it is adorned with meandering alleys that follow the natural flow of the area. Built amphitheatrically on the hill, the village boasts several churches, but the most impressive one is certainly the Monastery of Profitis Ilias, located on top of the mountain of the same name.