Home / Getting Around / Villages

The picturesque island of Santorini is probably known for its picturesque village of Oia, its caldera and its matchless beaches. But Santorini is much more than this. Boasting a strong history, a long wine tradition and an interesting geology, it is home to several villages, all as interesting and distinct as the next. Here are the towns and villages you should visit when in Santorini, Greece. 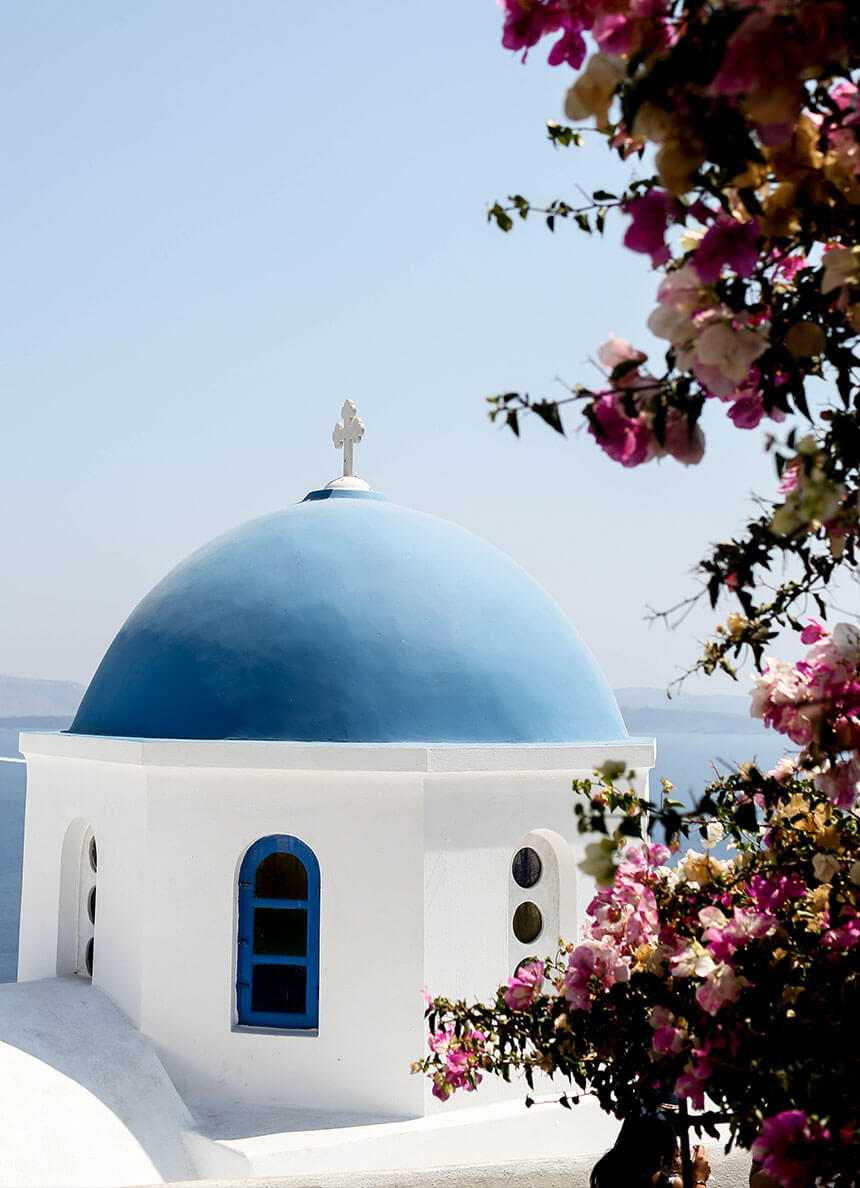 Megalochori
One of the most traditional villages of Santorini, Megalochori lies in the heart of the island’s wine country. This is where you can experience the island’s rich wine tradition. Megalochori is home to neoclassical houses, traditional houses, picturesque churches with bell towers and a lively main square where the heart of the village beats. You will surely enjoy exploring its small alleys and discovering delicious tavernas where to satisfy your hunger.

Akrotiri
Located next to the famous Red Beach, the village of Akrotiri is amphitheatrically built in the southeastern part of the island. Originally a Minoan settlement, the ancient city of Akrotiri, destroyed by a volcanic eruption, is the most important archeological site in Santorini. The modern town, with its picturesque alleys, blue-domed churches and traditional houses, is home to many restaurants and tavernas and it is definitely a great stop to have dinner after watching the sunset at the lighthouse.

Emporio
Located in the centre of the island, Emporio is one of the largest villages in Santorini. Located at the foot of Mount Profitis Ilias, Emporio was one of the fortified centres of the island and still has a strong medieval character. Emporio has several churches with impressive bell towers but its highlight is definitely a leisurely stroll inside its narrow streets and alleys.

Perissa
Lying on the southeastern coast of Santorini, the coastal village of Perissa is mostly known for its black sand beach that stretches over several kilometres, which together, with the beach of Perivolos, constitute the longest beach of the island. Perissa is home to one of the largest churches on the island and it is a great alternative to more expensive villages, such as Oia or Fira. Mesa Vouna, the mountain nearby, is home to the archaeological site of Ancient Thera, which is certainly worth a visit.

Kamari
On the other side of Mesa Vouna, the village of Kamari is a cosmopolitan beach resort that boasts everything a proper seaside resort has to offer. This includes a long beach promenade, a black-sand beach lined with cafes and restaurants as well as water sports facilities and diving centres.